Our chickens continue to amaze me for oh so many reasons. They are such fascinating creatures with more personality than one would think given that they aren’t supposed to be blessed with too much in the smarts department.

But one, a dear Buff Orpington, gave me quite the scare this week when I went out to do the dawn feeding and I noticed she was limping badly. Oh my, this was not good. I picked her up and did a thorough examination and did not find any blood or obvious cause for this malady. I examined the “pads” of her feet and they were normal as was the rest of her leg structure.

SO, I had a few ways to handle this. I could isolate her until whatever was bothering her healed but re-entry into the flock after isolation is tough since the isolated hen goes to the bottom of the pecking order upon her return. But leaving an ailing bird in the flock makes her an immediate target…some sources say it doesn’t take long for the flock to turn on her and peck her to death within hours! Yikes! Of course I wanted to avoid both of those situations if possible so I decided to try one middle ground suggestion from my reading which was to give half of a baby aspirin to help mask her pain. In other words, if she could get enough relief to stop limping, perhaps she could avoid attack AND start to heal in the meantime.

Citizen Scientist to the rescue (perhaps I need a cape?!?)  While I held her, Dave dashed out to the pharmacy for some baby aspirin (not sold in that form anymore but rather as ‘low dose’ aspirin). We cut one in half and she gobbled it up as if it were a piece of corn. I observed her closely all day and hoped for the best. She was relieved enough of her pain to get thru the day without any pecking and I repeated the dosage the following morning, noting that the limp was improving too. Now back to normal…I may never know the cause of her malady but I’m glad we didn’t have any carnage!

Other odd behaviors include the sole New Hampshire hen who has insisted on laying her eggs on the drop board, much to my dismay. The reason for the dismay is that chickens actually stand up when they pop out an egg so when her eggs would hit the metal surface of the drop board they would crack just a bit. They never cracked wide open since the tough membrane remained in tact, but I also do not want the other hens to seize on the opening to feed on their own eggs. Yes, given the opportunity, chickens love the taste of eggs as much as we do and will make a bad habit of it!

Sooo, I finally broke down and put a nest pad in the corner she preferred so that she could lay her egg soundly. Here she is, happy as a clam. No broken eggs, but a misbehaving hen none the less!

In other chicken news, when collecting eggs this week I was stunned to find this GIANT EGG laid by a Barred Rock hen! It weighed 92 grams, nearly twice the normal egg size! OMG, Dave and I wondered if a Duck had meandered into the coop to lay an egg like this! 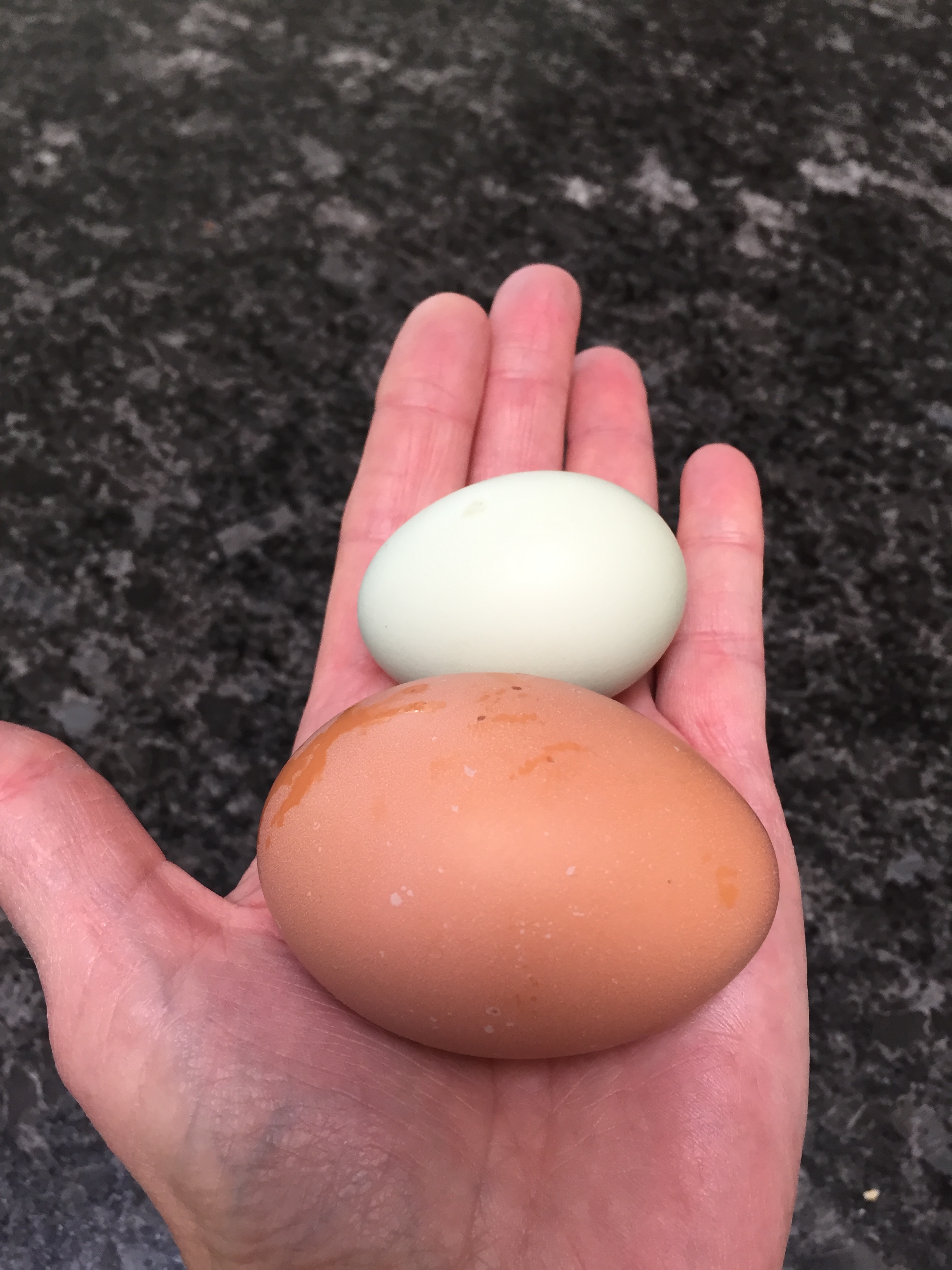 So it was no surprise when I cracked it open that we had TWINS! Yep, although not the norm, there are times when you will find a double yolked egg. Still yummy in my tummy but that poor chick…delivering such a large baby!

So how did I know that was a Barred Rock egg? I’ve become quite expert in differentiating between each breed’s eggs. We have six varieties and here are examples of their output. From left to right: Easter Egger – the color is the best clue, Buff Orpington – they are pale ecru and blunt ended without being too large, Rhode Island Red –  yellow ecru with a typical egg shape and medium sized, New Hampshire – a bit more mauve in color with slight speckling which is hard to see in this photo, Cinnamon Queen – large brown eggs, and lastly, Barred Rock – largest of all and not always as brown as the Cinnamon Queen but often speckled. There you have it.

All farm fresh eggs are supposed to have a darker, more yellow-orange yolk and I think that is true but I can see a little difference between breeds. Take these two, for instance. They are eating the same diet but the distinction is obvious.

You can affect the yolk color by feeding them dried marigold leaves which they like mixed in with their oatmeal! 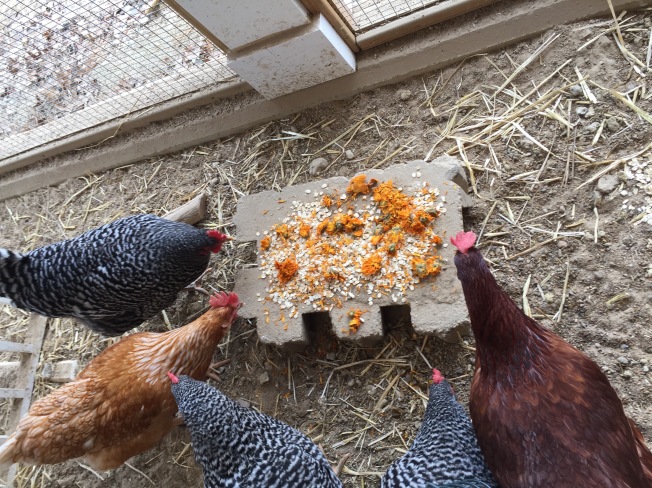 Of course, I continue to find ways to incorporate eggs into many of our meals. Pasta Carbonara is just another justification for eating bacon and eggs for dinner…but of course delish!

I tried a potato fritatta that used a pound of our potatoes and 6 of our scallions. 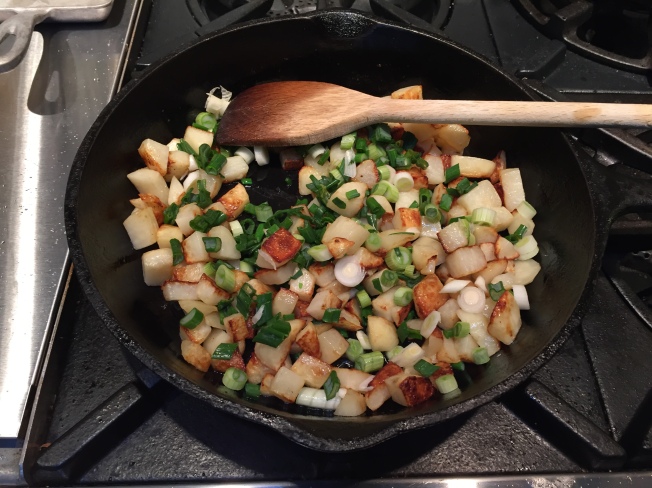 I added nine eggs and 2 cups of basil (which, at this time of year is a crime to buy at the store due to the exorbitant price) and then it is topped with feta (YUM). Seen here as it is ready to pop into the oven to bake.

I have also made a point to set eggs aside for a week in order to hard boil since they don’t peel well when fresh. I made the best egg salad this week…just ask Kate! ;-D

SO, perhaps the best news is this…with an unseasonable warm day (68 degrees!) I decided to gird myself and do a bee inspection. I’ve been so worried about them all winter that I nearly dreaded this day. But, what did I find???? It felt like I had seen a unicorn when I spotted bees flying around the hives! Granted, they were fewer in number than I would have liked (and this doesn’t guarantee that they will survive until spring) but joy, joy, joy! It was absolutely delightful to hear them buzzing around! I replenished their sugar supply and combined the two hives to help insure a good outcome. Crossing fingers!

Warmer weather helps our visits to the park with Coulter. Who loves the swing more??? 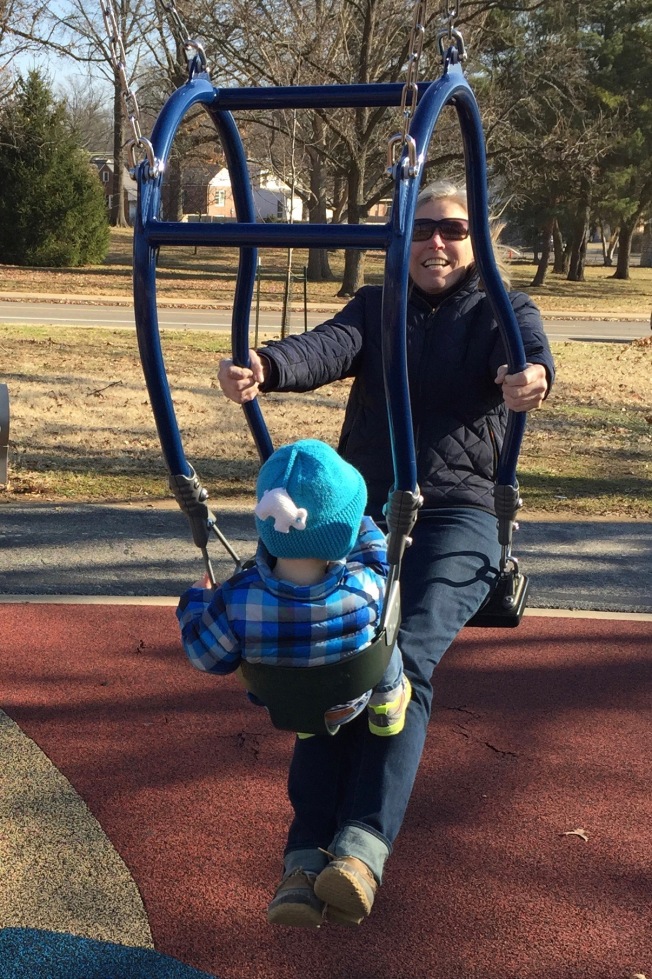 But when that isn’t possible, he loves to stroll through the Puzzle Warehouse with his cart looking for deals! 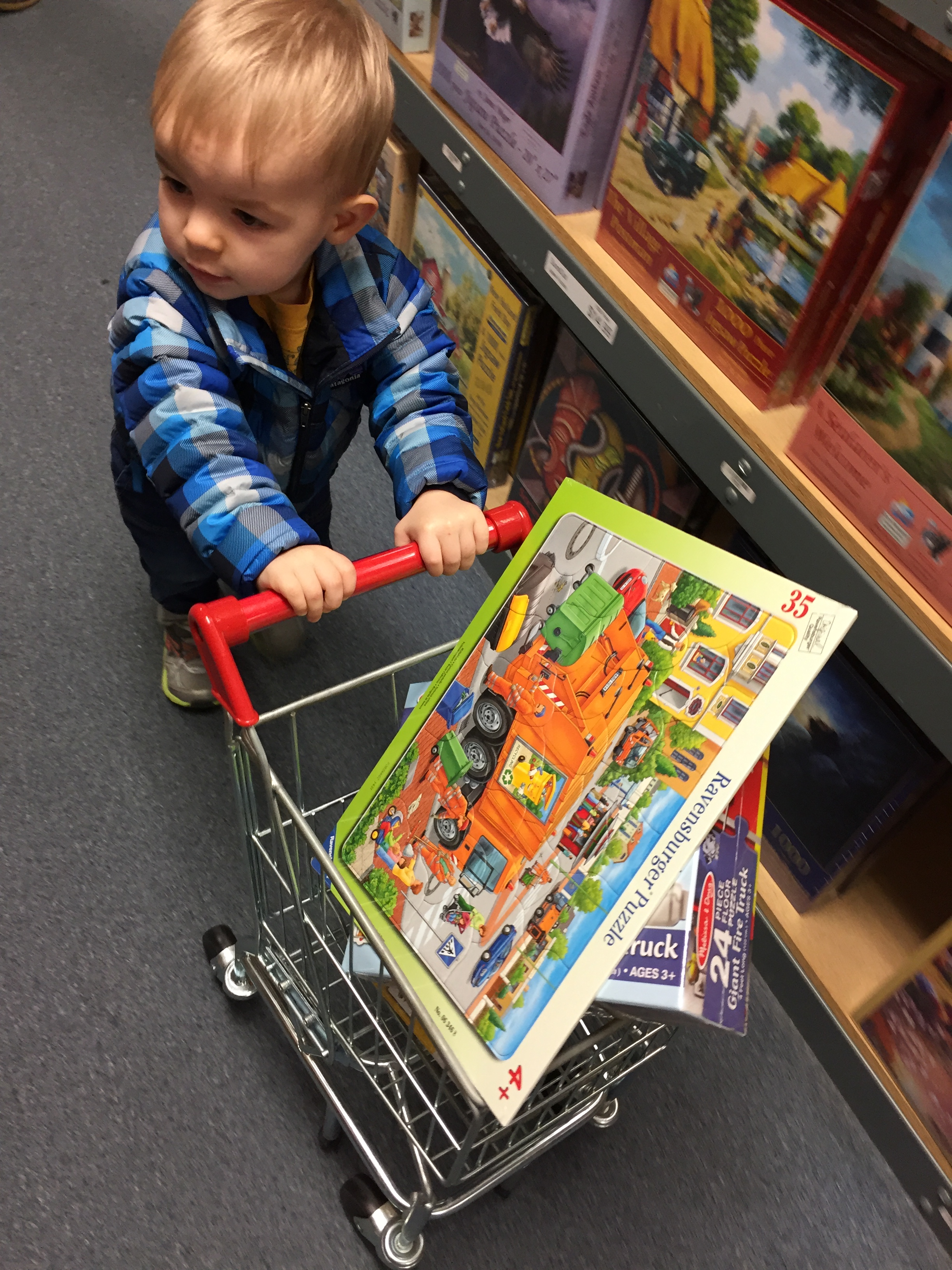 A boy after my own heart…puzzles and deals!

One thought on “Twins and Unicorns…Are You Puzzled?”