Here I am, tardy as usual with a new post. I have so many excuses for why I don’t find time to write but they all seem too trivial to describe.

Without dragging you into the list of things that we have been doing during August and early September – THINK BUSY and I’ll try to update later – instead I decided to quickly share some of the fun I’ve been having today.

Ever since the new chicks began laying eggs in late July we have been catching up with our penchant for sharing them with our subscribers as well as using this plenty in our daily and weekly cooking habits. Twenty-five chickens produce a lot of eggs!

Thus, today was a day of fresh pasta making…an activity that I used to enjoy back when I was a young home cook with time to experiment in the kitchen as a distraction during naptime.

Fresh pasta recipes use eggs as an essential ingredient but the quantities vary so I had to go back to my old books such as Beard on Pasta (by cooking icon James Beard) and a well thumbed volume, Trattoria by Patricia Wells, to reassess the recipes I wanted to try first. My brother Tim is also a good source who I consulted with today since he has the same memories of our mother making her fresh pasta by hand and regularly provides a variety of pastas for his Boston based family.

So, I dragged out my hand cranked pasta machine that is as simple as they come.

It can’t get any easier than this but first I had to make the egg rich dough and sent Farmer Dave out to grab some Semolina flour, AKA #1 Durum wheat, to use as one of my ingredients. I used a modified Beard recipe and instead of mixing by hand, put my flours, salt, eggs and oil in my stand mixer. 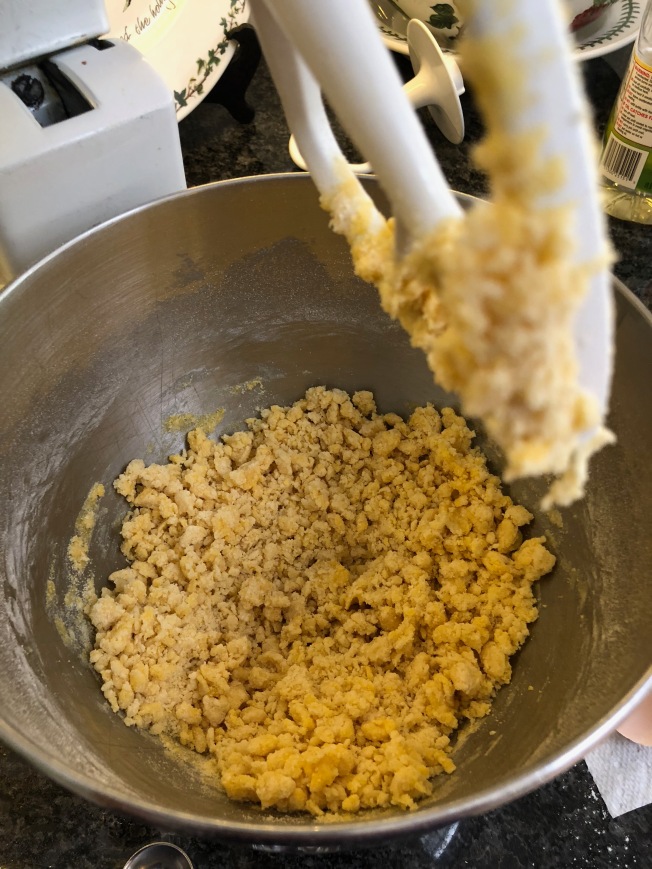 I won’t bore you with the technical moments involved, but will cut to the chase…after the proper minutes with both a batter mixing and dough hook attachment, I came up with a nice lump of dreamy, soft, yellow dough which I let rest, covered, for 2 hours.

I then cut it into fourths and began the pasta machine challenge this afternoon.

I proceeded with some very modest shaping and approached the Atlas machine that I had clamped to an acceptable countertop. (My kitchen counters were too thick to accept the clamp so I ended up in the laundry room!) With the blades set as wide as possible for the first pass, I set the dough into the machine and cranked away and repeated this with additional folded passes, not unlike what one thinks of when butter layers of croissant making is described. Note: blade width for this machine is 1-9 and I stopped at #6 but in the future may stop at #5. 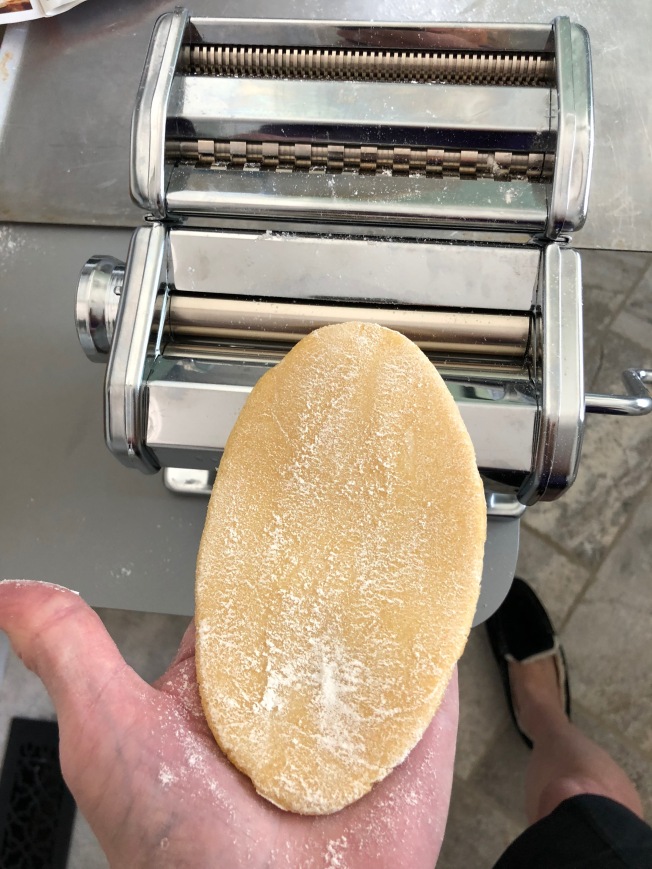 I continued to narrow the width of the plates to make the dough more and more thin, ultimately using the length of my arm to help feed the final dough into the machine.

Then I set the lengths of dough out to rested again… 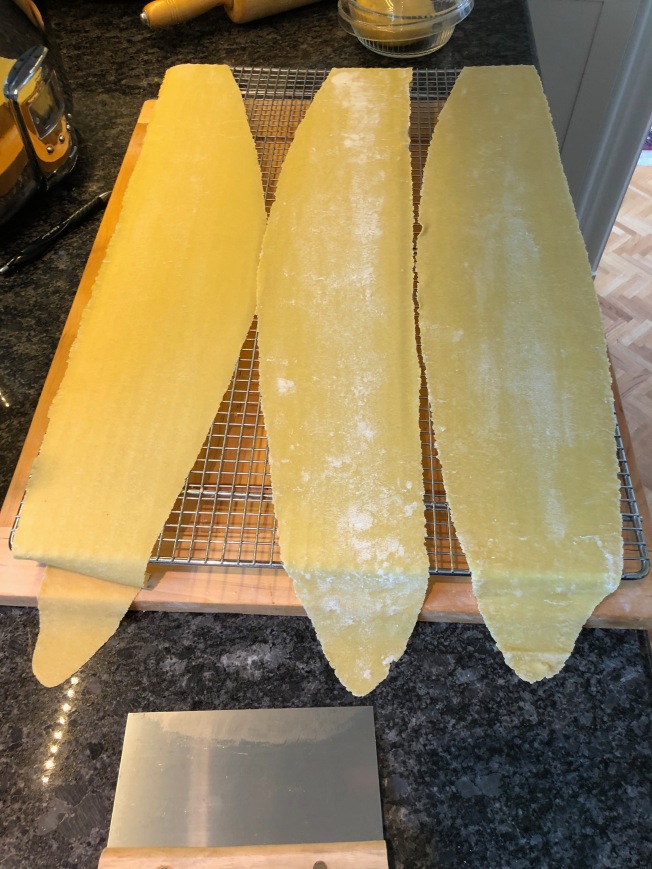 Then I ran them thru the cutting blades of the same machine, cranking out what we all can now recognize as traditional wide-ish PASTA.

So, here it sits, drying on my metal rack instead of a wooden pasta drying frame. Can you remember what I did with my pasta drying racks back when the chicks were little???? Yes, I fleetingly decided the racks would be a perfect little wooden ‘perch’ for the wee chicks and so I had no access to pasta drying racks here today and the joke is on me!

Ha ha, or is it? As a bit of irony, I’m serving baked chicken breasts with the fresh pasta and hopefully the extended Sauerhoff/Ward family will enjoy a yummy dinner tonight. For our CSA subscribers… look for fresh pasta as an added feature of our weekend offerings soon!  Ciao!