There is so much to report on as fall activities have been in full swing here at the farm. First, as a final clean up from the barn project, our contractor came one day recently and removed all the gravel from the front temporary driveway and put it all in place for the new ramp in back next to the barn. 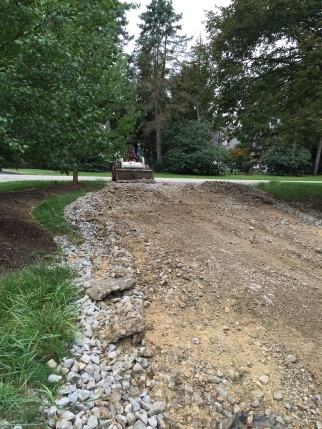 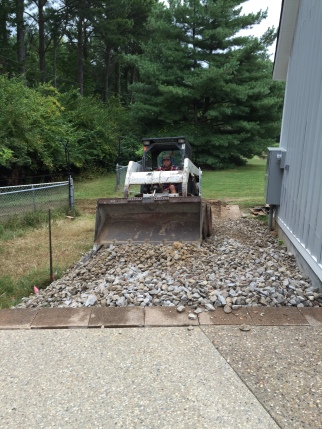 Of course this meant that we had a huge repair on the front lawn that was ideal to rectify with a fall planting of grass. We decided to sod this area to get a jump on it for speedy results. Coulter was delighted to have one more project to watch in progress as the sod trucks arrived for his inspection. 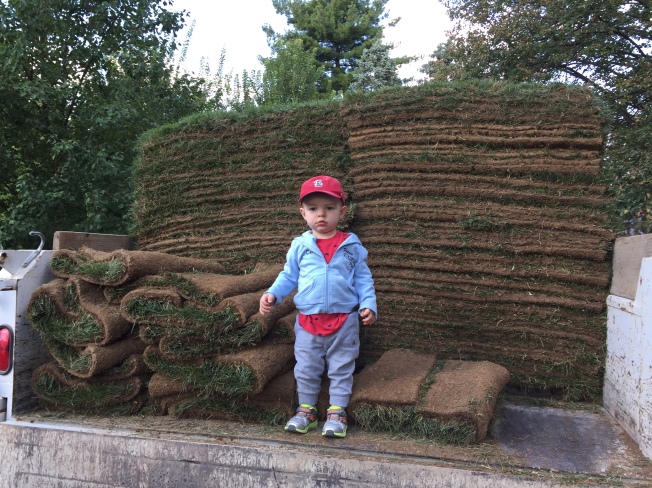 Our favorite arborist Jon Lanaghan, –  answer man to all our questions concerning the orchard and beyond – mustered a crew for this task and did a wonderful job getting all the sod laid in front and had some extra for an area in back as well. An instant carpet of green! 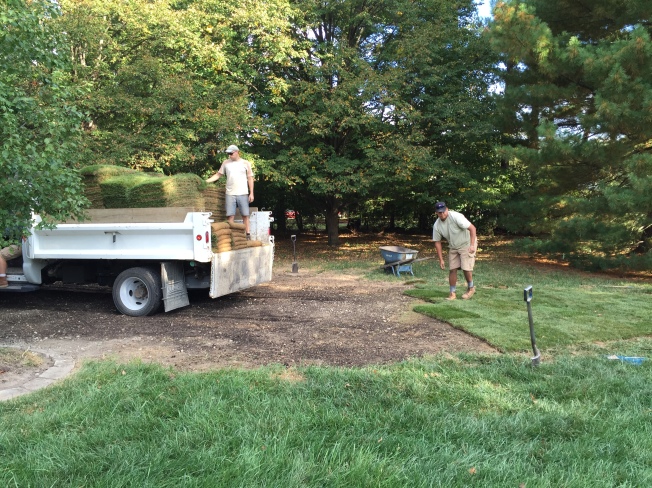 Jon and Dave then moved on to the next project which involved removing the crab apple tree stump from one of the front beds, using the tractor for added man power. Jon will help us re-plant this area by procuring a Magnolia tree (to balance the one on the south side of the front bed) in the coming weeks as well as some more Knockout roses to be planted next spring. 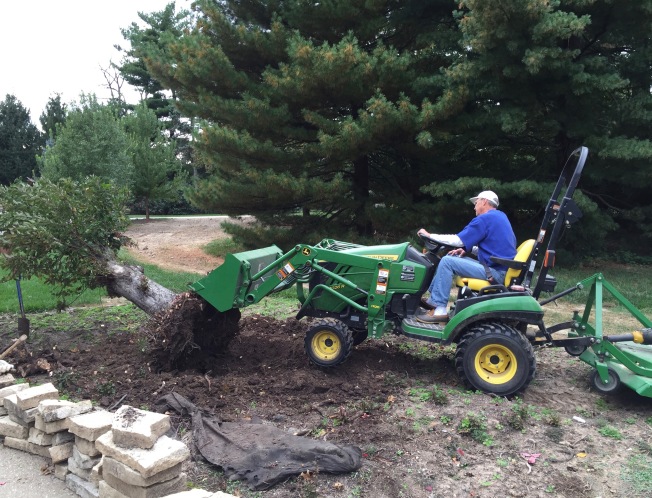 If all that action wasn’t enough, Dave and Jon continued on a mission to start the new strawberry beds for next year’s production. The back story is this: unlike our prolific blueberry plants that will produce berries for the next 40 years, strawberry plants are productive for only about 5 years at most with the best years in the middle of that span. It was just a little bit sad for me to plow under my strawberry bed recently but it was time to replant and go forward. Instead of replanting the bed in the same location (in the end that location was too shady and too wet) we decided to relocate and create raised beds inside the new blueberry enclosure. Jon Lanaghan to the rescue again! He helped us form the structure with 2×6 boards. 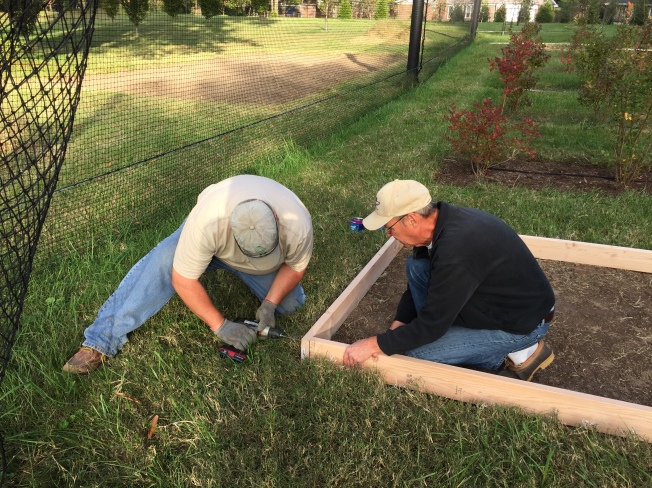 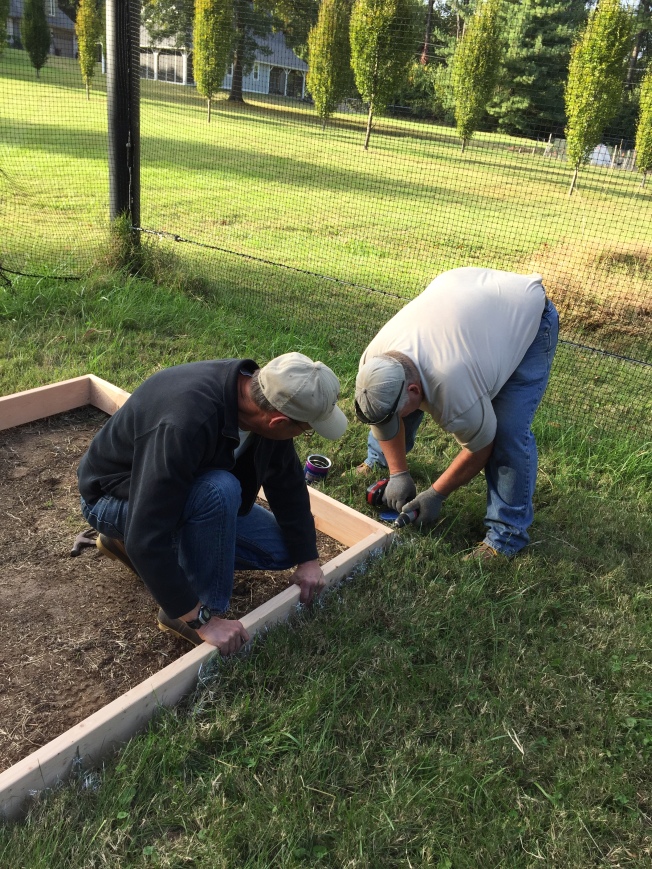 Then Dave and Jon spent a day ferrying compost, topsoil and sand in their trucks to the site. 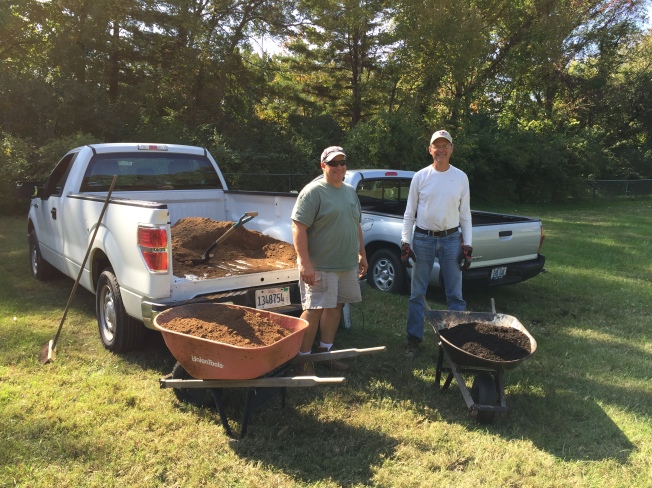 and filling the forms… 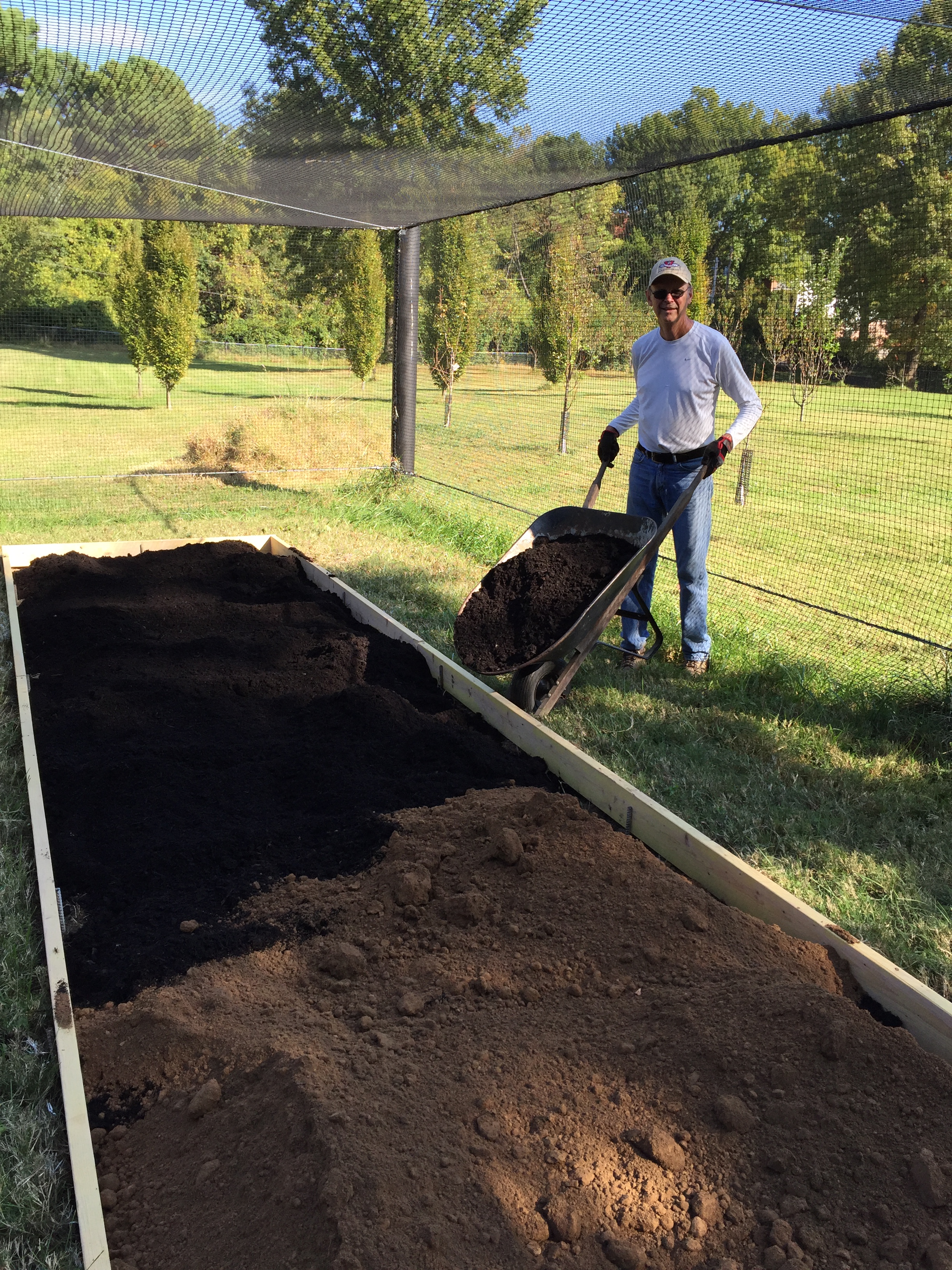 Before tilling it all in… 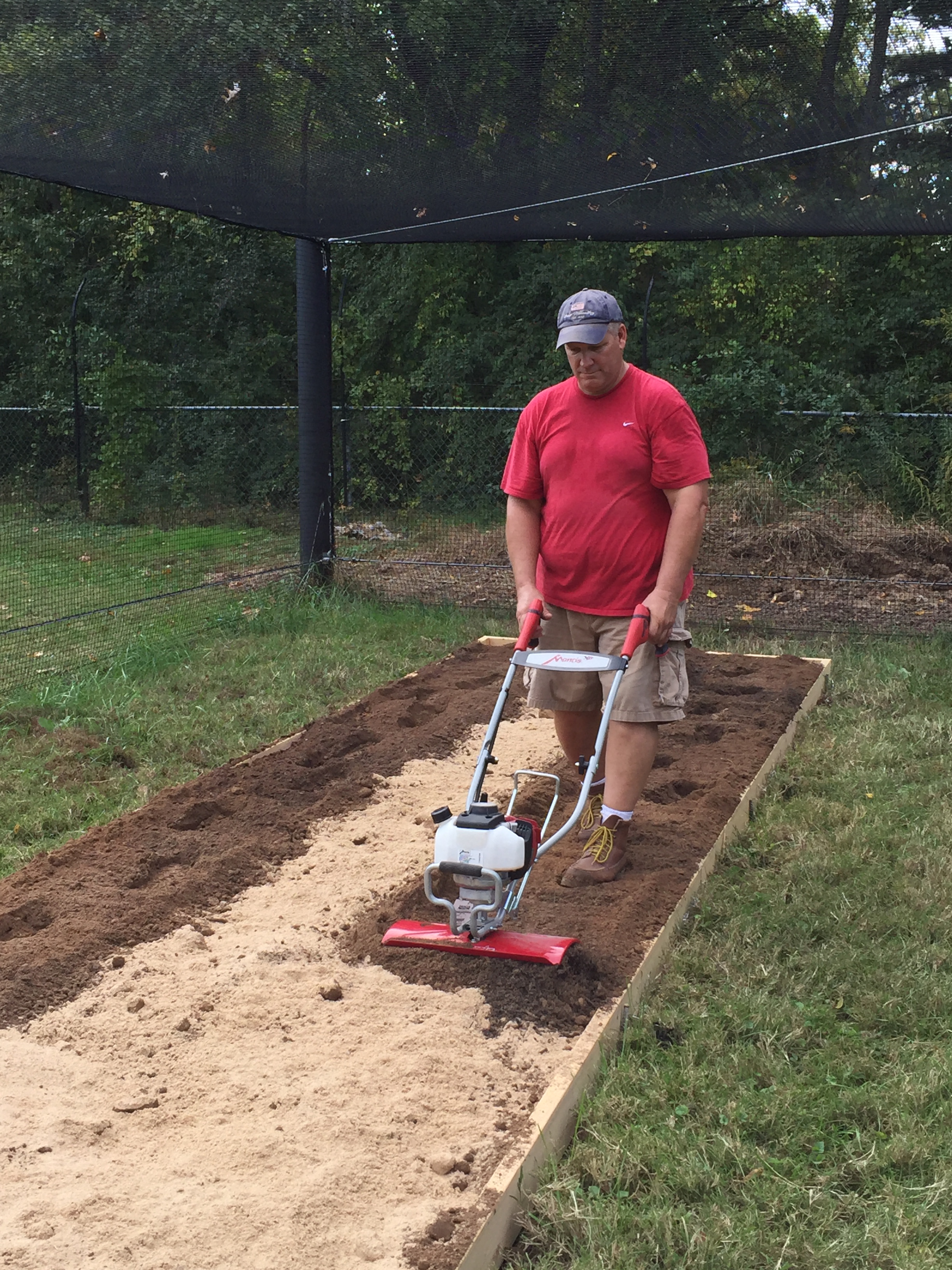 In early October we ordered 400 dry root strawberry plants from Stark Brother’s Nursery to do a fall planting of these beds but we have been struggling to come to terms with the quantities available and have recently learned that this order was on back order! Ugh! In the meantime, they accommodated by selling us (at a very cut rate) 100 plus 4″ pots of a variety of June bearing plants – SureCrop, Jewel, Honeyone and AllStar – that fit the bill for these beds until the dryroot ones are delivered. Dave drove out to Louisiana, MO to pick theses up in his truck on Friday. 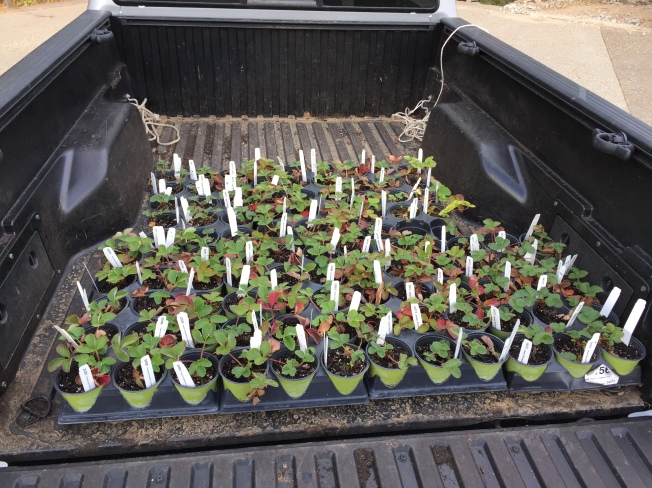 So today we planted the center row (a total of 5 rows per bed) using what we had in hand and despite nearly 2″ of rain last week, will hope the sunny days expected (tomorrow’s prediction is 78 degrees) will help get these rooted! As you can see, I have laid boards across the raised beds in order to keep from stepping in them and compressing the soil. 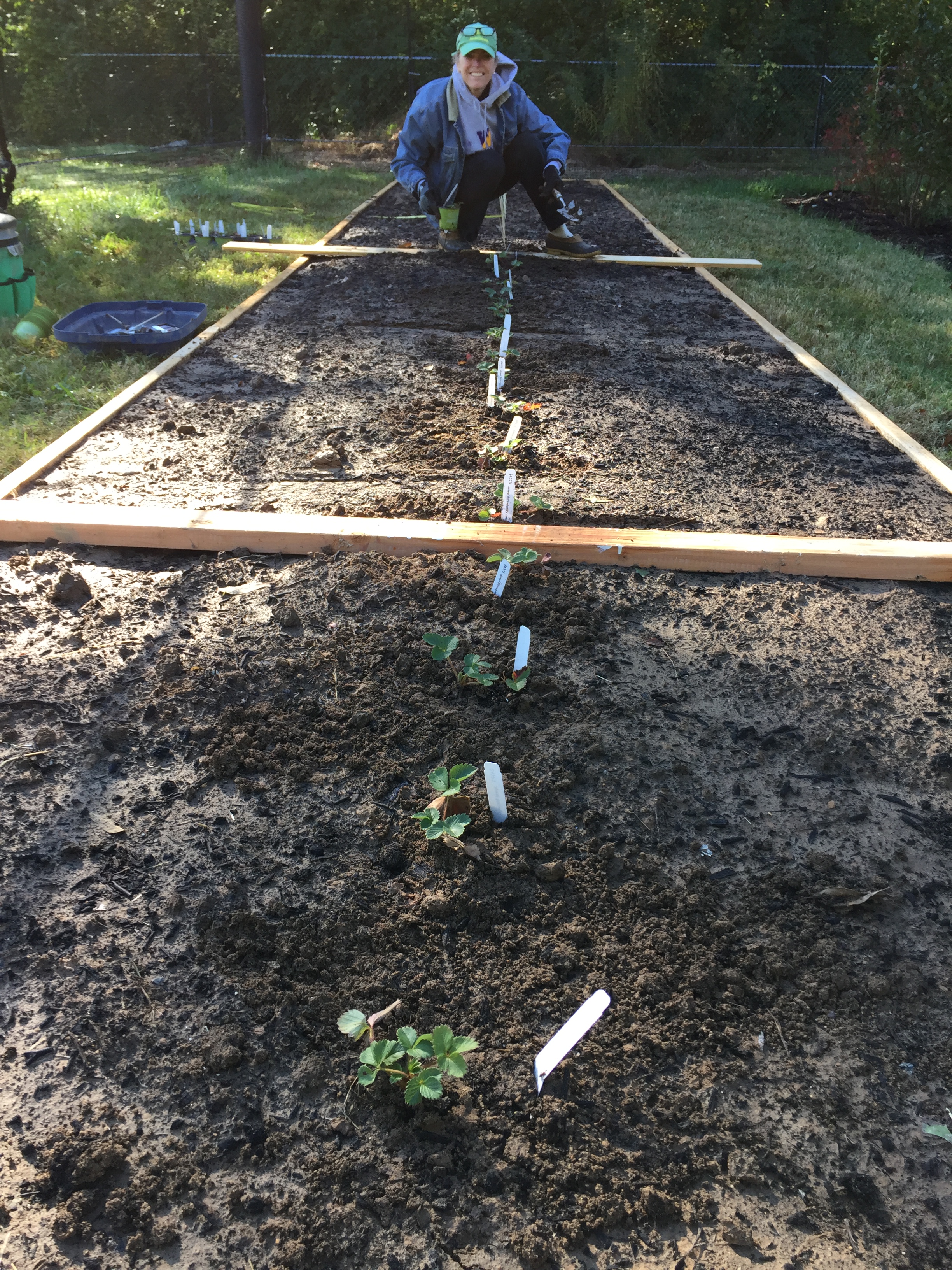 On to other news: the chickens are doing well and will be 17 weeks old tomorrow. They are holding their own with the protein and pecking issues that I dealt with previously. No issues to report on that end but the excitement of egg laying is building! I opened their nest boxes so that they could explore that area of their coop hopefully begin to lay eggs but was a tiny bit deflated by their universal non interest in them. A collective ‘meh’ from the chicks! Haha! After diligently dusting and cleaning the previously blocked boxes, I added this very nice nest base in each box for them to use. 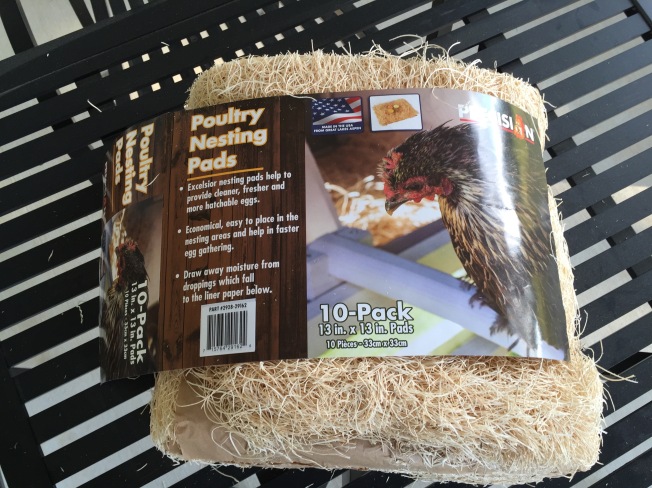 I then added the ceramic eggs for them to get the hint that this is the spot for egg laying. 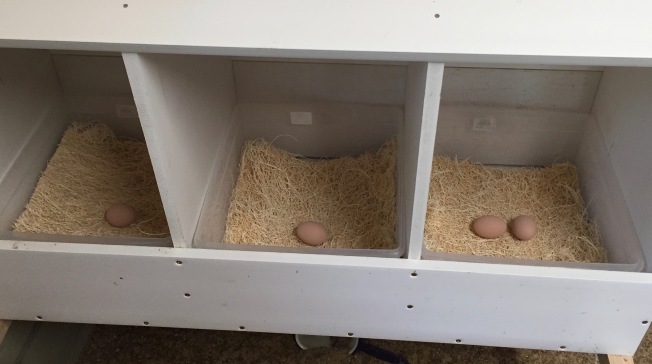 From what I can tell so far, no one has investigated any more than a cursory glance. Perhaps they are put off by the fake eggs or just not ready to lay yet. I will soon switch their feed to include egg laying components such as oyster shells so I hope we get some action soon! We are already thinking of egg rich dishes to make, one of which is a pizza from our college days with egg as part of the base called a Ponte Vecchio. More to come on that!

The bees: I’m worried about them and yet hopeful that they will settle in this fall and manage to make it through the winter. The “Boy” hive is doing well as the new queen is laying eggs and the evidence of a healthy brood along with presence of reserves for the winter are a good indication that their well populated hive has a good chance of overwintering. The “Girl” hive, so productive initially, is a bit questionable since it was determined to re-queen itself and kept this initiative up for more weeks than I would have liked. Their determination may have just come to fruition as the last time I looked they had allowed a young queen to emerge and I can only hope she had enough time to get well mated. The eggs laid in October and November are the bees that will take the colony into next spring. I am feeding both hives weekly and every day that is sunny and warm is another day that they are able to fly about and further their purposes. I plan to make an inspection tomorrow and see what the status is in both hives. If there is no egg production from the new queen in the girl hive, I may combine the two to hedge my bets for next year.

Re bees: A quick thank you to cousin Michelle (Brotemarkle clan) for sending an interesting article on bees from their local Virginia newspaper. I’ve been trying to get the link to work here but so far no luck! Bee info always welcome…thanks, Michelle!!!

I have also been able to get some knitting done in the early evenings provided by the fall equinox. Here is my latest Bohus knitted sweater, the famous Blue Shimmer design, which I started during the summer Olympics and look forward to wearing this fall. 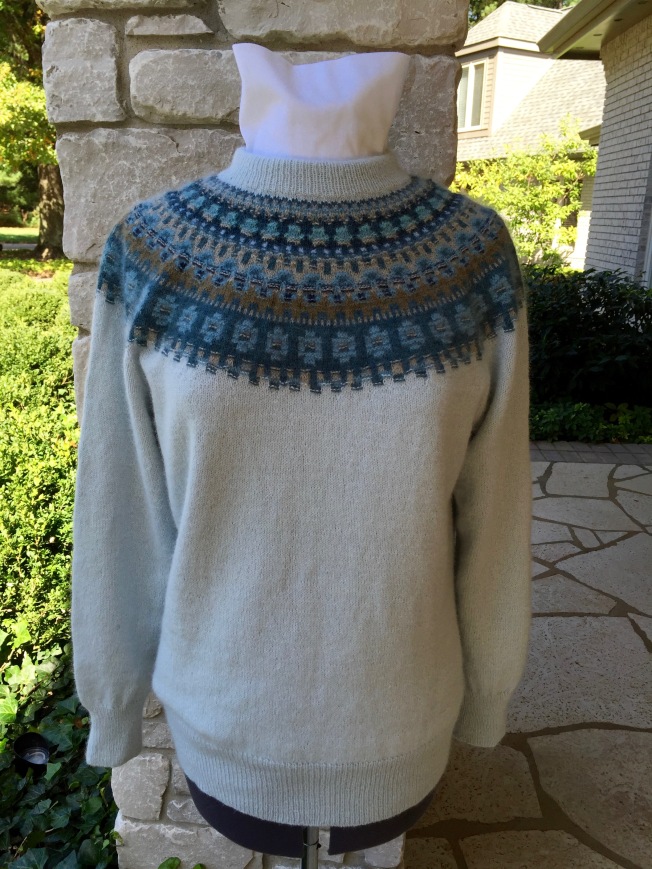 Coulter, 18 months old today, is also on the receiving end of knitted goods as I made him a hat with a Polar Bear tassel as an homage to our weekly visits to the zoo where we admire the morning swim of Kali, the polar bear. Here he is modeling it while wearing a sweater I knitted several years ago for little Jack and has been passed along for Cal to wear! 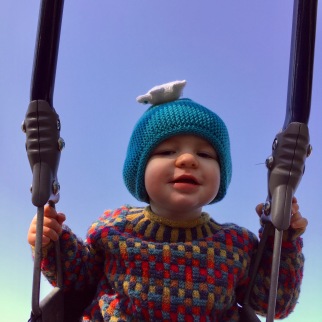 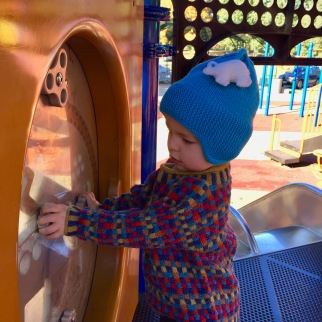 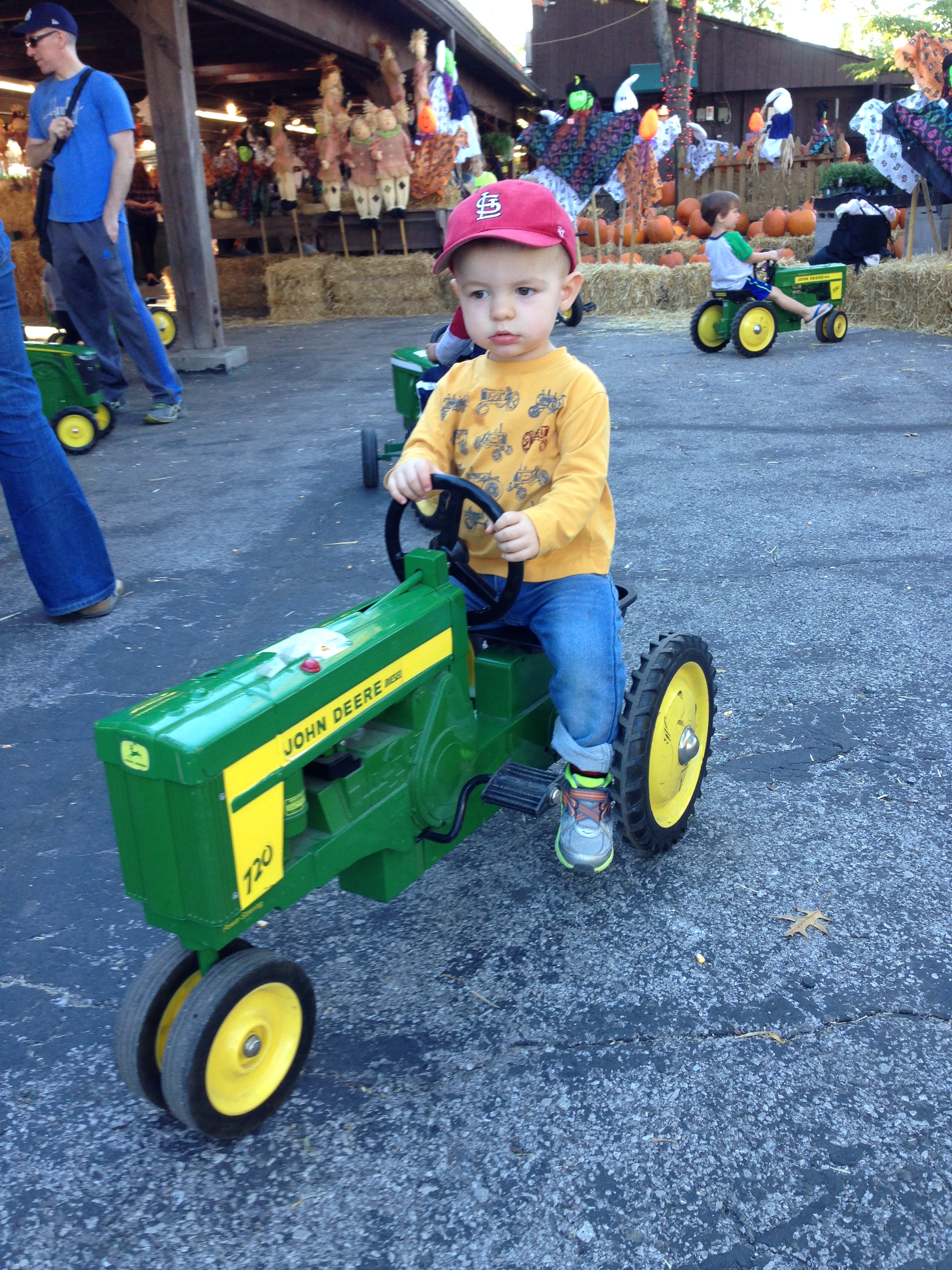 And celebrating with his dad – Coach Jason – as his JBS team garnered runner up in the Volley Ball district finals last week. Whoo hoo! I made a lemon cake for the occasion with a volley ball net as a silly decoration! 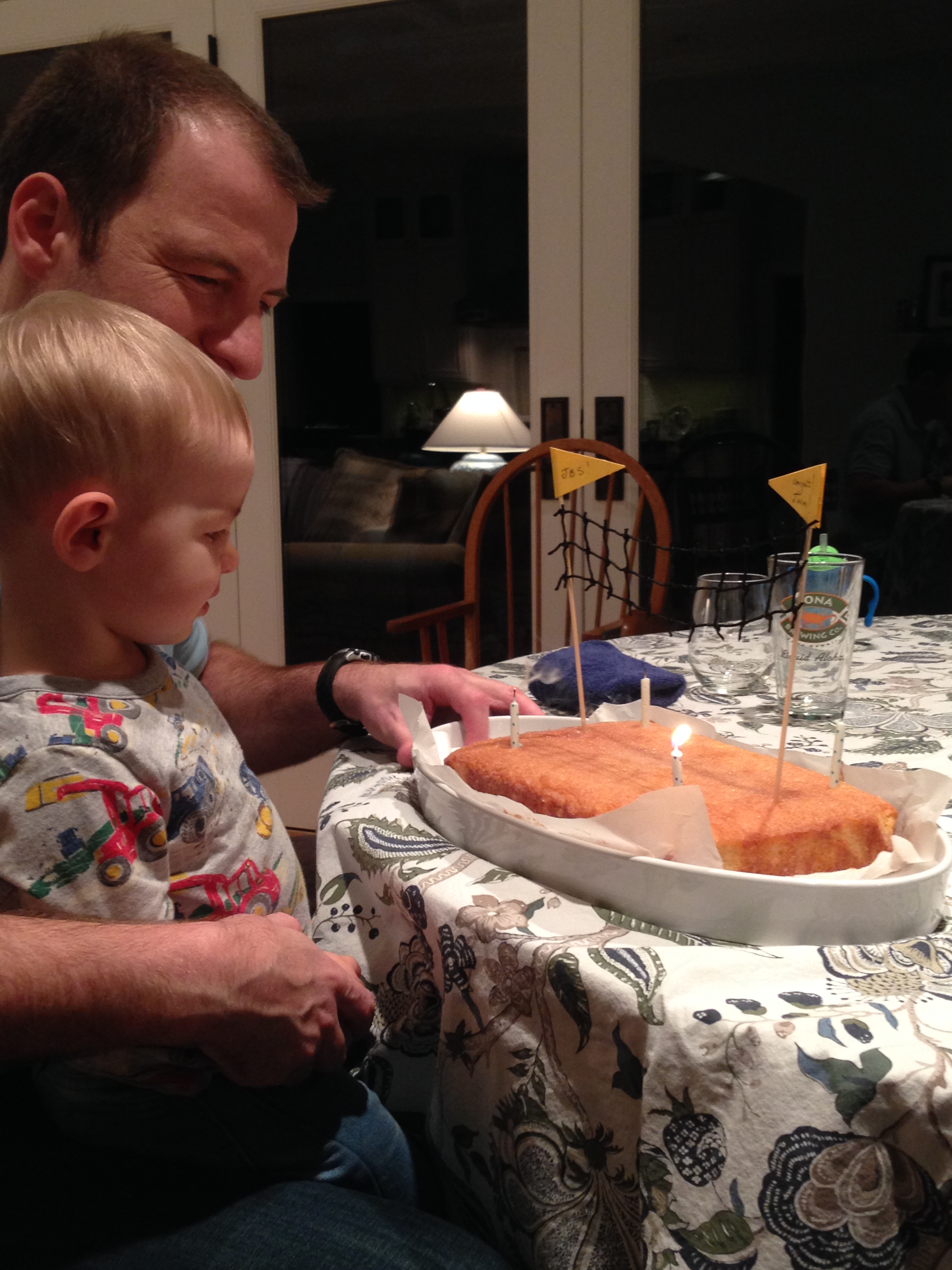