Didn’t I just write about the serious interest one of our local blue jays had for our blueberries? Well, his interest got him into serious trouble so I just had to relate the adventures we had today with Blue Ray the Blue Jay.

Dave and I divided our attention today and he worked in back on the last blueberry row while I attacked the ivy in the front. Around 1pm Dave came to me with the news that it looked like a blue jay had gotten seriously caught up on the inside of one of our netted enclosures. He was so tangled that at first Dave was unsure if he was alive or dead. Dave texted me this photo. 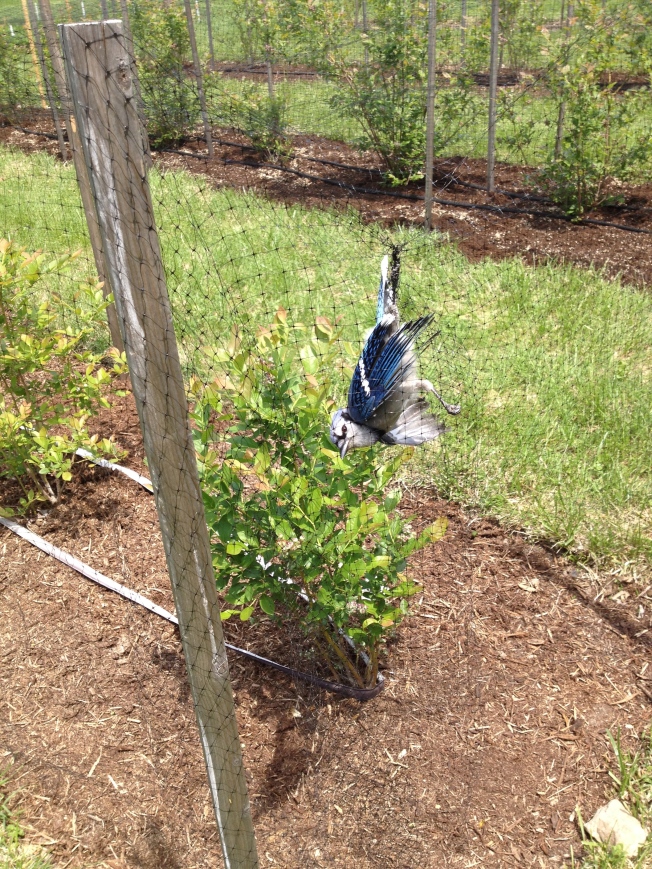 It turned out that in his struggle to get out of the netting, the jay had gotten one taloned leg entangled and the more he fought the net, the more entangled he became. Goodness knows how long he had been there! So, even tho I don’t like the jays eating my berries, I do love birds and had to try to set this one free, hopefully without cutting my precious netting. I donned my leather gloves and was flooded with the memories of our pet parrot, Merlin, as I attempted to set this guy free. 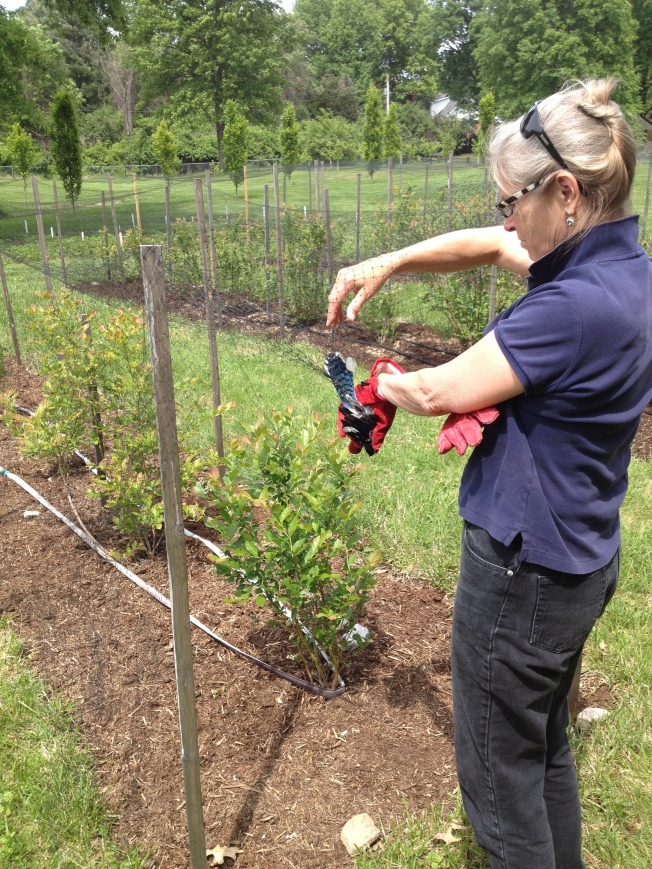 We worked on the situation for quite some time before it became obvious that we were going to have to either snip the net or the foot of the bird. Dave had my nice scissors at the ready so I gingerly cut the netting away to free him. 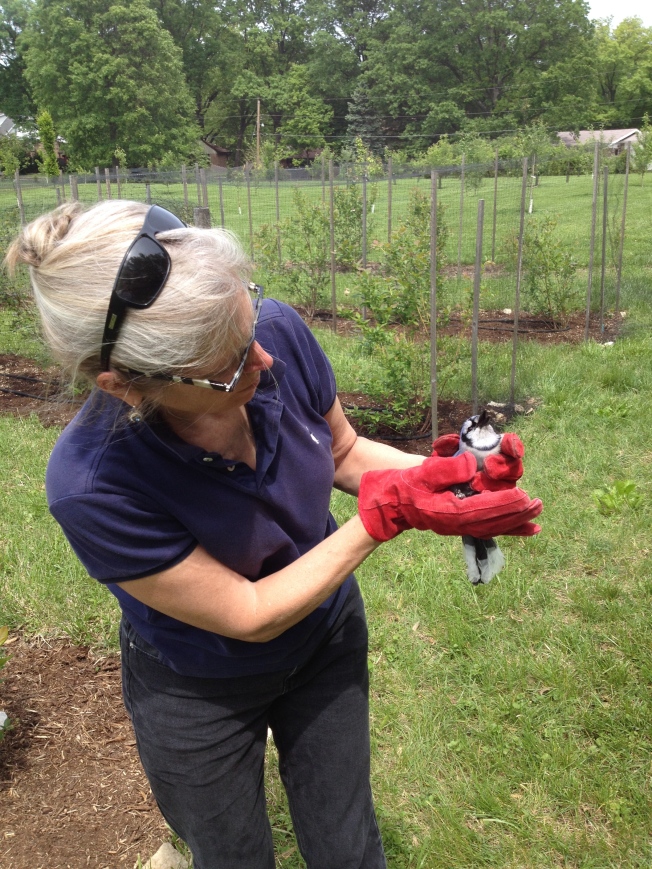 Unfortunately, it seems that after hanging by the caught leg for such a long time, he must have dislocated it since it is limp and he is quite unable to fend for himself. What to do? If we let him go he would be killed immediately as nature does not provide much shelter for the injured or sick among us. Maybe this would be best? Or maybe I should just wring his neck and put him out of his misery. Do not fault me, but I couldn’t do either. I asked Dave to bring up one of our old bird cages from the basement and we put him inside. He looked pretty forlorn at first. I dribbled some water on his beak and he really liked that and responded. Don’t tell my mother, but yes, that is one of my Port Merion dishes in his cage serving as his water bowl!

I thought this was probably pretty silly, and that he would not be with us very long. I was hoping to get him to eat something, so I put the grapes nearby, but then decided to open on up and serve him some dinner and he perked up and ate it from my hand!

Needless to say, I’m sure his one leg’s injury will be the end of him but for now, he is fairly happy to have another day to see the light of day. He is now hopping around on his one good leg in his new digs. If this were an injured bald eagle, the wild life bird sanctuary would gladly take him in. Since he is a feisty blue jay, I’m not sure they would care to rehabilitate him, but I plan to call them in the morning if he is still hanging in there. From the looks of him, he just might be.

Wouldn’t you know, I went back out with Dave to repair the compromised netting and found another jay inside trying to get out! This one managed to escape without serious injury! I wonder if it is Mrs. Blue Ray, looking in all the obvious places for her errant husband! Look for updates here on the continuing story of Blue Ray the Blue Jay!