What a snowy, cold winter we have had so far. I remember the forecasters started to predict an unusually long, cold winter around the time the acorns were falling last autumn, so I guess they have been right about their prediction so far and we all have a new phrase, Polar Vortex, to add to our vocabulary! Although we are not quite as active outdoors during this time of year, Dave has managed to take advantage of some of the milder days and accomplished items on the upkeep list. He has taken some of the mowing equipment in for yearly servicing and has scheduled appointments for the tractor and some of the rest. He has continued to take the old fence posts to the recycling center after diligently cutting away the concrete fill.

Other perimeter fencing has needed recent repairs. Sadly, about 18 of our deer fence pickets were recently downed. Yes, the deer found a way in and and we lost two trees this time; one arborvitae and one apple tree. As frustrated as we get by this, we were glad to report that the plant damage was less severe than it has been in the past and this was a fairly isolated invasion. We worry though that the deer are creatures of habit and often travel the same paths with a certain blind regularity. We certainly don’t want them making themselves at home in the orchard so the “Faux Fence” as we call it was promptly re-secured with heavier clamps where possible.

We also had a coyote wandering in the back easement and around our trash can area so I guess they are desperate for food. If only they would concentrate on taking out some of the deer! Farley was quite spooked by the scent of this rascal one night whose tracks were evident in the snow. It has given us pause before letting Farley out without his leash even for potty breaks!

Besides fence repair, we have been working on some other small projects, one of which is kind of embarrassing to write about. In fact, I think of this as the ‘Dirty Little Secret’ of Seven Oaks Farm. Let me back up before I get too defensive. When we moved here three years ago, among the many, many, many items on our to do list was to get a decent compost system going. In fact we drew up plans for an elaborate, three compartment, walled, bin type of compost area that would accommodate a small tractor! This would have been dandy but we didn’t want to build it until we got some other things in position. So, in the meantime, we have been composting in large trash cans with holes in them. This has actually served the purpose to some extent but last summer we started to look for a more efficient, (smaller scale than previously planned) set up to purchase since it was becoming obvious that if we composted absolutely everything, it would be a full time job!  We could not find an adequate solution last summer and of course were so busy that we just kept using our trash can system and our shredder to make do. There were times when we had to be happy with shredding and dumping dead plant material directly back into the fields where it would wait to be plowed under.

So with a little more time on our hands, Dave found an adequate twin compost apparatus that would at least address our kitchen production waste. After much debate about what size to get, we ordered one. The problem with these is that if they get too large, they are too heavy and cumbersome to turn properly. So we got the twin version from Mantis Co. that will allow us to have two batches of decomposition going at different stages at the same time. Each bin has a 12 cubic foot capacity or 10 bushels, or 30 gallons. We hope this will get us started! Happy Early Valentine’s Day to Nancy and Dave! 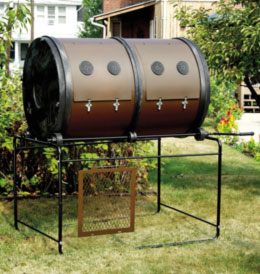 In other news, we have finally cleared the work bench of the fence posts that were being drilled for the deer fence, so Dave was able to install the bench grinder for our sharpening demands. I bought this at a garage sale last year and we will put it to good use keeping our tools sharpened in house. 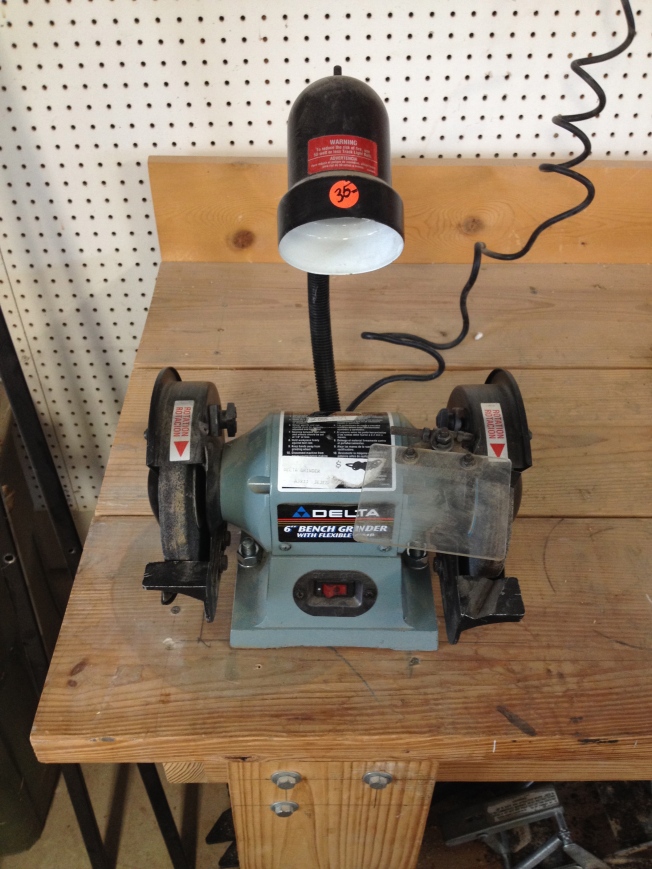 Speaking of tools, I’ve been making regular trips to a small, local printer in Webster Groves, Acme Printing, as I work on Kate and Jason’s wedding invitations. I couldn’t resist taking this photo of some of the printing equipment there. Fascinating! 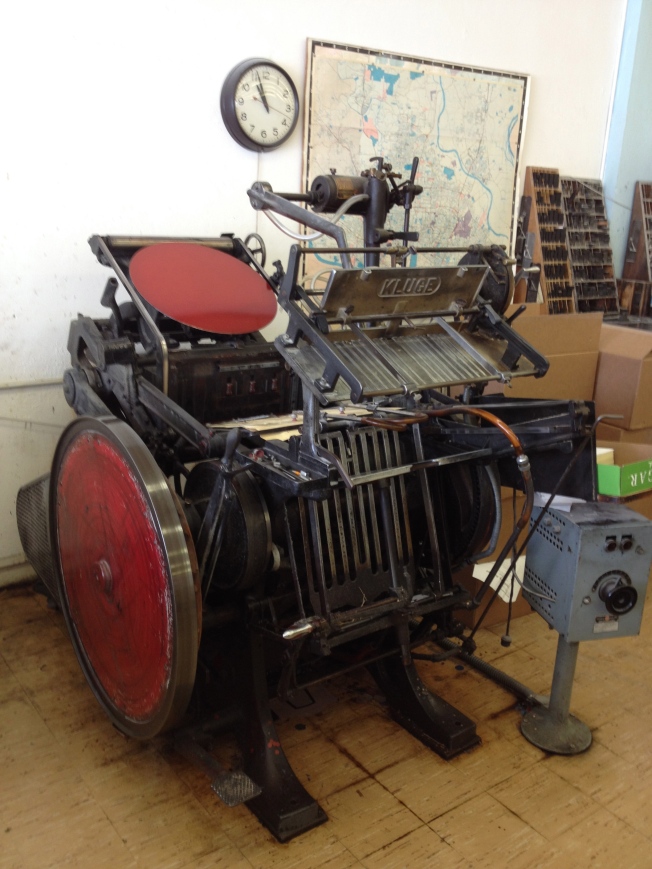 We are also experimenting with some Moroccan cooking in our recently purchased Tagine, which is a type of cookware that is made of glazed pottery and acts as a small steamer. It has a deep bottom and a conical “lid” that has a small aperture in the top to let out a bit of moisture as it cooks. Here is the one we bought. 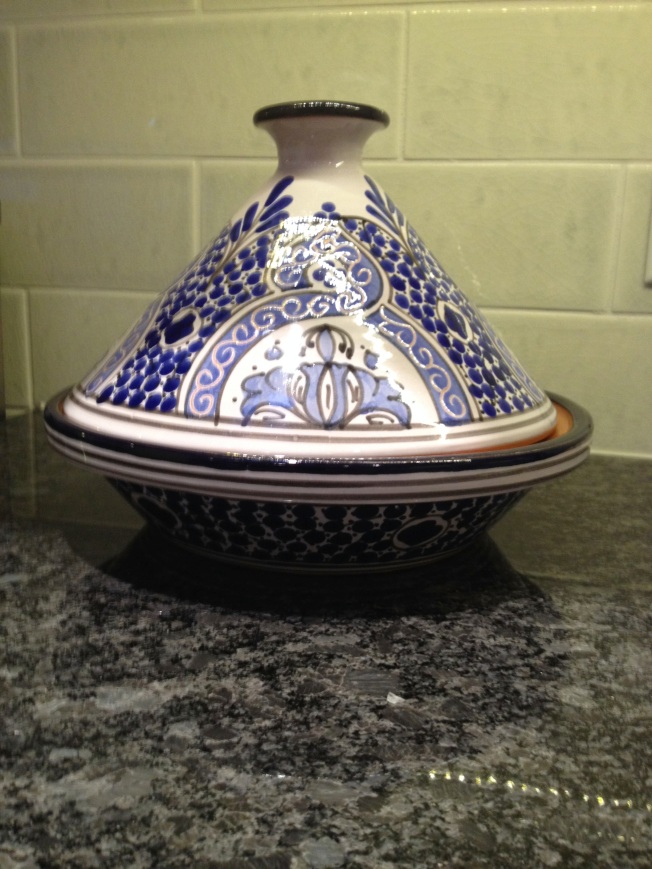 We made a chicken dish the other night that had all types of unusual spices as well as preserved lemons and olives on top of a thick sauce and we served it over Israeli couscous. 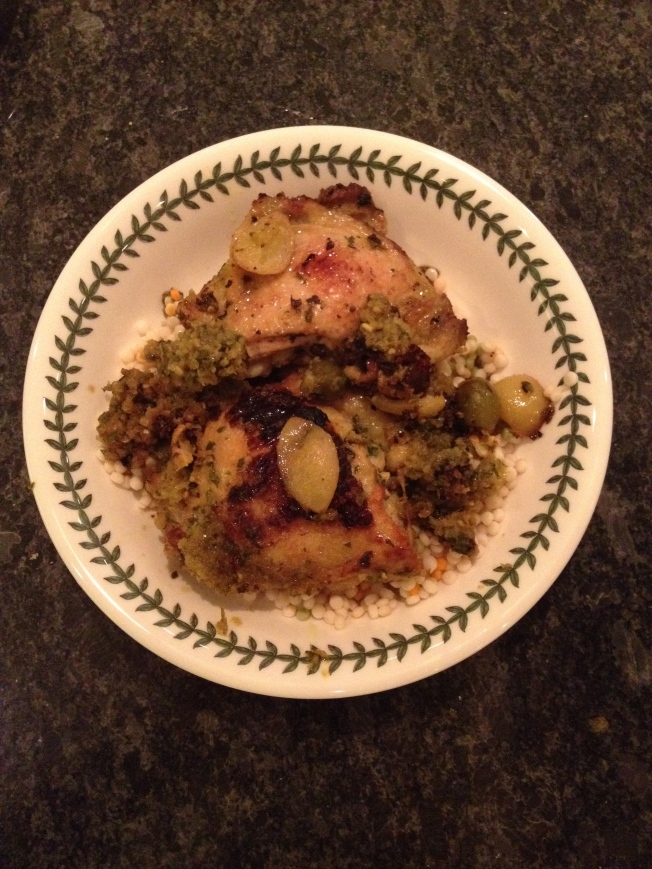 We are getting terribly excited about the coming bee hives. I attended my first monthly meeting of the Eastern Missouri Beekeepers Association last week. I was rather amused that they had a social hour before the meeting started (which I skipped). Wouldn’t you know, as I sat reading my new Beekeeper’s Handbook the next morning, one of the first paragraphs in the book talks about the importance of the social aspect of a bee community…theirs AND ours! So, the social hour was rather purposeful after all! Note to self: be more social.  Here is the text book I’m reading but due to the density of information, I can only plow through a few  pages a day. It is fascinating reading and I’m sure I’ll share more of the details here in the future! 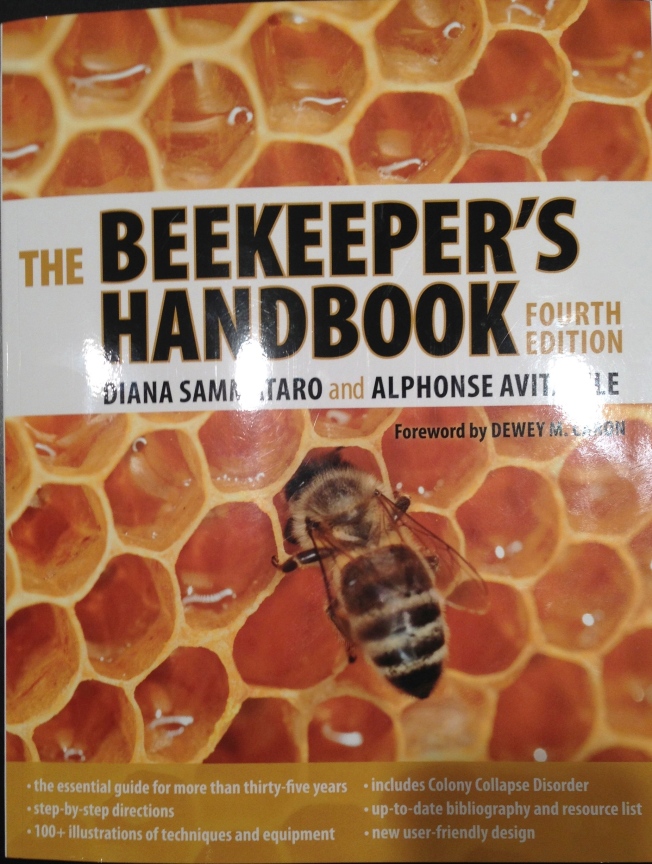 6 thoughts on “Our Dirty Little Secret”