Breaking News!
This just in from the Seven Oaks Farm….
The Sauerhoffs are being held hostage by a wild gang of ever growing, militant, Eggplants. More rebels are hiding in the fields, ready to come to the aid of their brethren.
Efforts to control the group will be employed in an attempt to avoid the newly identified Eggplant Fatigue Syndrome.

Meanwhile, the White House, under pressure from the Eggplant Embassy, is investigating questions of improper treatment such as water-blanching, egg-dipping and bread crumbing, following by suffocating and freezing. Photo evidence, currently being analyzed by insiders, will be available soon.
Battle weary troops are on en route.  Look for updates in the coming days. 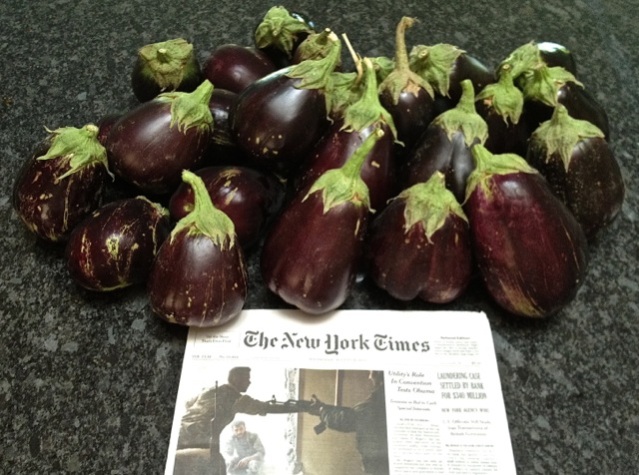